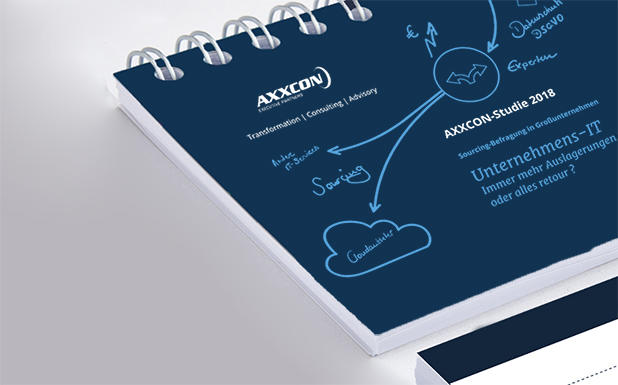 SOURCING-STUDY 2018 ON CORPORATE IT: OUTSOURCING BETTER THAN ITS REPUTATION

For our study “Corporate IT: More and more outsourcing or all back” we asked large companies about sourcing. What motivates companies to outsource IT services?

The outsourcing of IT services is ubiquitous in German companies. This is shown by the Sourcing Study 2018 of the management consultancy AXXCON, in which around 200 managing directors, CIOs, IT managers and security officers from companies with at least 500 employees took part. 81 percent of the surveyed companies have fully or partially outsourced IT functions such as data centre services, application management, desktop services and LAN/WAN services. Mostly with positive results: 78 percent of the companies report that the quality of the IT functions has not deteriorated after the outsourcing. 47 percent even state that the quality has improved. Depending on the service, between 76 and 80 percent of the companies are so satisfied with their service providers that they would choose these providers again as service providers when awarding new contracts.

IT outsourcing is clearly better than its reputation', Torsten Beyer, partner and sourcing expert at management consultancy AXXCON, comments on these results. ‘Reservations such as those that still exist among some companies are proving to be largely unfounded’. According to the survey, almost every fifth company has decided against outsourcing IT services, mainly because they have their own experts, and the services can be managed in-house. Torsten explains, ‘Companies which do not outsource standard IT functions are making a strategic mistake. They use the energy of their own experts in the wrong place’. Outsourcing itself barely produces any innovations, but it gives the company's own experts time to deal with the IT areas that are crucial for innovation and digitalisation.

Conversely, it is important that IT services which are critical to success remain within the company. ‘Bringing back an outsourced service can be a strategic decision’, says Beyer. 41 per cent of the surveyed companies have brought back outsourced IT services in the past five years. This happened more often in companies with 500 to 1,000 employees (48 per cent) than in companies with more than 1,000 employees (31 per cent). Application management was brought back into the company most frequently (55 per cent). This is followed by Data Centre Services (49 percent) and LAN/WAN with 45 percent.

The reasons for outsourcing IT services, according to the survey, are to save costs and make them more flexible, to drive forward digitalisation, and to free up scope for investment. Fifty-eight per cent of those companies who outsource IT services also use external providers for service integration in addition to the individual service providers. These providers coordinate the various service providers and ensure the smoothest possible cooperation. Beyer says, ‘This additionally relieves the in-house IT department and leads to it being able to act effectively with comparatively few people.

Design contracts with a focus on results

In terms of contract design, the study shows: the terms of new IT service contracts have changed in every second company compared to the old outsourcing contracts - extended in every third and shortened in every fifth. This does not indicate a clear trend. The scope of the contracts (e.g. depth of regulation, degree of detail of the regulations) has increased at just under one in two companies. Only 40 percent of the managers are satisfied with the level of detail of the current outsourcing contracts. One in three would like to see a greater level of detail. On the other hand, 23 percent would prefer less detailed contracts. This result illustrates an important area of tension in the current contract design. Nowadays, it is not unlikely that outsourcing contracts contain more than 1,000 pages. But even in this level of detail, not all technical and organisational performance obligations can be covered to the satisfaction of the companies.

‘Such contracts don't work very well because you can't think of everything. It doesn't get any better if you go into even more detail’, says Beyer. He also says that the deeper you go into the technology, the more experts you need to check compliance with delivery obligations - experts who can be deployed more effectively in the field of innovation and digitalisation. For these reasons, the expert recommends a new type of contract design. It is called Outcome-based Contracting. This contract design is based less on technical and physical specifications and more on the desired results, such as the smooth functioning of the IT technology. An experienced consultant can help with the drafting of these new contracts.

In the spring of 2018, the opinion research institute Teleresearch Mannheim surveyed 200 IT managers in companies with at least 500 employees for the sourcing study ‘Corporate IT - more and more outsourcing or return everything’. A mix of methods was chosen, including telephone surveys and online interviews.

Overview of the sourcing study

For the study ‘Corporate IT - more and more outsourcing or return everything?’ we asked large companies about the topic of sourcing. What motivates companies to outsource IT services? When does it make sense to handle service areas internally?

You can purchase the study for 199 euros excluding taxes. We would be pleased to present our results to you in a meeting. Please feel free to get in touch with us. Torsten Beyer is available as your contact and expert in IT sourcing.

WE ARE ONE OF THE BEST CONSULTANTS IN GERMANY FOR THE EIGHTH TIME IN A ROW! 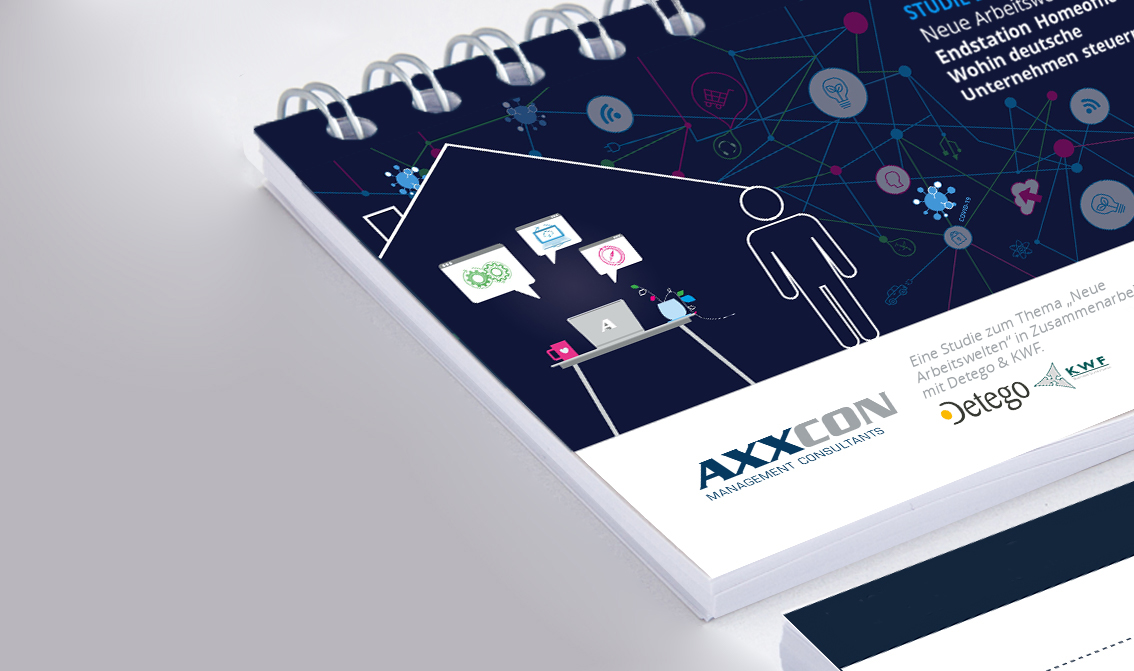 LEARN MORE ABOUT IT

SEND US AN EMAIL: